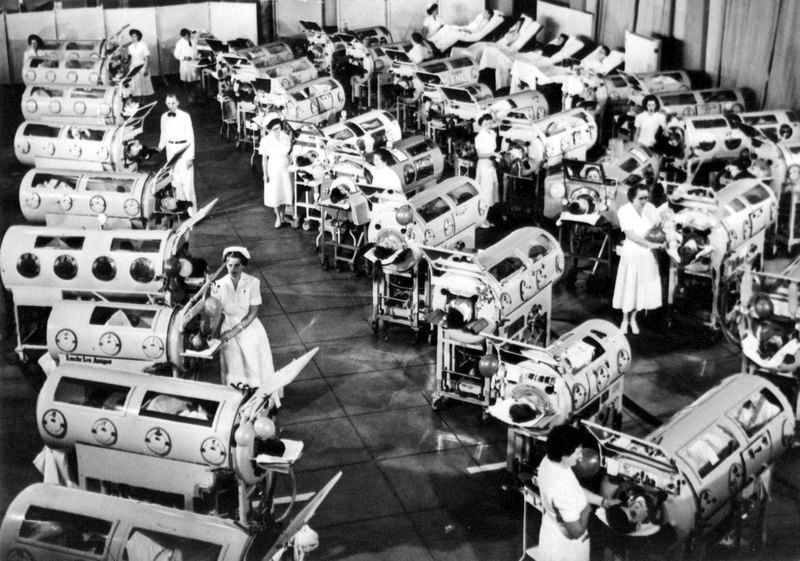 “In 1736 I lost one of my sons, a fine boy of four years old, by the small-pox, taken in the common way. I long regretted bitterly, and still regret that I had not given it to him by inoculation. This I mention for the sake of parents who omit that operation, on the supposition that they should never forgive themselves if a child died under it; my example showing that the regret may be the same either way, and that, therefore, the safer should be chosen.” – Benjamin Franklin

It’s becoming obvious that vaccines have been tossed into a pot that already contains politics, religion, abortion and money. These are topics that sensible people avoid discussing because they trigger arguments that rarely change adult thinking. Some of us, however, still feel the need to try, and we are lured into pointless disputes that will clearly have no winner. A skit on last night’s Golden Globe’s, meant to highlight the need for flu shots, was neither funny nor informative, and today a discussion of it, involved me in a dust-up with an anti-vaccine advocate that caused me to again examine my stand on vaccination.

For those too young to remember the polio outbreaks of the 40’s and early 50’s, an iron lung probably resembles an artifact from a diving expedition gone wrong. These cylinders, fiercesome as they appear, created negative chambers that saved the lives of children whose lungs no longer functioned because the muscles controlling respiratory function were paralyzed by the disease. While heads and necks extended beyond the machine, bodies were completely enclosed by the cylinders which had openings in the side for examination and care of the afflicted children. I can’t imagine how frightened these children and their parents must have been.

Sometimes the past is prologue. Two years ago, Bob and I attended a home show here in Eugene. It was one of those annual affairs where you never know what you’ll find. The surprise that year was a Rotary Club display that included an iron lung. The “lung” surfaced in the basement of a local hospital when it moved from one location to another. The hospital donated the machine to the Rotary with the caveat that it never be returned to them. Globally, the Rotary has raised 2 billion dollars as part of its “End Polio Now” campaign, and they thought it could be used in fund-raising promotions. It was here that I encountered a very vocal anti-vaccine advocate. All causes have good and bad spokespersons. This woman was intent on making a scene and trying to intimidate two people who had given up their afternoon to highlight a special Rotary program. We helped moved the inquisitor on and had a lovely conversation with the volunteers about the campaign. Polio was common when I was a child and I was impressed with the magnitude of the Rotary’s accomplishment.

1948 was a bad year for my family. Beginning in February, my brother, sister and I came down with measles, mumps and chicken pox. Not all at once mind you, but in domino fashion. First 3 passes at measles, then 3 at mumps and finally 3 at chicken pox. If that wasn’t enough, my sister came down with scarlet fever and we were quarantined for an additional 3 weeks. I suspect my mother was ready to throw herself on a sword at many points during that winter of our discontent, but she was an upbeat sort and was sure things could get no worse. Wrong. She had surgery in early June and before she could completely recover, polio was diagnosed in the neighborhood. As it turned out, we were geographically in the center of an epidemic and our neighborhood formed a distinctive cluster of cases. By mid-July, 7 cases had been reported, all within easy walking distance of our home, and several of my playmates were among those infected. George and Norma are the only two that I remember. George was the brother of my best friend, Clair, and while his was not an easy recovery, he regained use of his legs and, with the help of braces, he was able to walk in time for Christmas. Norma was not so lucky. She had bulbar polio and was confined to an iron lung. Her family remained in the neighborhood for another year, but we never saw Norma again. I have no idea how long she was confined to the machine. I haven’t thought of her for years, but I hope, like George, she eventually recovered and was able to lead a normal life.

The rest of us were kept close to home and it would be September before we’d see all our friends again. Repeated washing of hands with a chlorine solution, mandatory rest periods and avoidance of crowds were the de facto orders of the day. It is hard to describe to folks who haven’t lived through quarantine, the fear and sense of confinement it produces, even in the very young. It must have been agony for our parents to watch the progression of the disease as it moved through the community, all of them trying to determine times of exposure and incubation periods, while at the same time praying, like the Israelites of Exodus, that this modern plague would bypass their homes and spare their children. This was a neighborhood that would queue for the polio vaccine when it became available. No questions asked.

So, this morning I couldn’t help but wonder what the anti-vaccine advocate would think when she heard the World Health Organization was sending a million doses of cholera vaccine to Haiti. If she stood in the midst of that filth and rubble how vocal would her objections be. Please don’t misunderstand. I respect her decision to make choices for herself and her children, though I must admit I’m grateful that her un-vaccinated children don’t attend school with my grandchildren. I’ve lived long enough to know that I can’t change her mind, but I think you’ve also guessed there is not a chance in hell that she will change mine. Having lived in an epidemic cluster, I am decidedly pro-vaccine, and because Bob and I  have traveled to some remote areas of Africa, South America and Asia, we have been inoculated for every disease known to man. Chances are we are the only people in our community who would be safe should there be an outbreak of yellow fever in the Pacific Northwest. On a lighter note, if you hear of a vaccine that prevents old age, do let me know.

7 thoughts on “Vaccinations – My Perspective”

Follow Ruminations: From The Inside Looking Out on WordPress.com