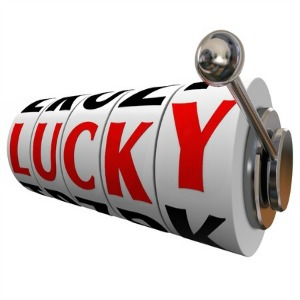 What is luck? It is not only chance, it is also creating the opportunity, recognizing it when it is there, and taking it when it comes. 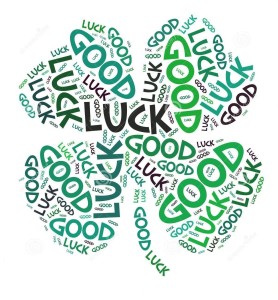 Can luck be defined? Is it dumb? Is it blind? The philosopher Seneca believed that “Luck is what happens when preparation meets opportunity.” Conventional wisdom tells us that it is the force that causes things, especially good things, to happen by chance. Then there are the pragmatists who share Thomas Jefferson’s belief that the harder they work the luckier they become. And we can’t forget the superstitious who believe that rituals, charms and totems have the ability to bring good luck their way. 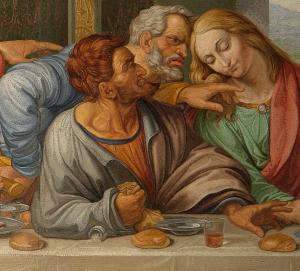 Have you ever seen someone toss salt over their left shoulder? It appears to be a mindless habit but it was once thought it would ward off the devil. If you take a close look at the “The Last Supper,” you’ll see a small pile of salt in front of Judas who has spilled it on the table. Because he was the betrayer of Christ, salt came to be associated with lies and disloyalty and was thought thought to attract evil. The tossing of salt became a protective measure that was thought to bind the devil and attract good luck.

While I tend to be a pragmatist, I’ve seen “blind luck” in action. Two of the people with whom I worked were lottery winners. One won $10 million. The other $1 million. Their wins were 5 years apart. The last time we saw the big winner was the night before the drawing. No one, and I mean no one, ever heard from him again. The other prize was won by a young mother who in quiet moments with friends, wished the prize was larger. I couldn’t help but remember that line from Oliver Twist, “Please, Sir, I want some more.” That was 25 years ago and at the time a million dollars could buy a lovely house and put a couple of kids through college. While I’m sure there is a lesson to be learned here, I seem not to have absorbed it. I want for nothing, but since that time I’ve include a lottery ticket in my weekly shopping list. Several times a year I have a ticket with the Powerball number on it. It’s a bit like blood lust. I collect my $2 and join the ranks of the “More, sir. I want more,” crowd. 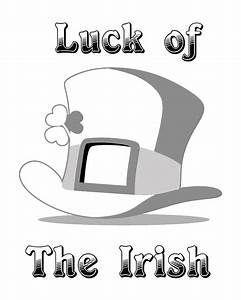 I’m not sure if my own luck is dumb or blind. I’ve never won anything out of the blue, but I have won some things against incredible odds. I’m definitely a proponent of “You have to be it to win it.” I have a Gaelic background and as a child I won several contests, the most significant of which was one associated with the Lone Ranger program. Many of my relatives believed I was a living, breathing example of the luck of the Irish. Maybe. I do know I had to cut a coupon off a Cheerios box and mail it into the contest. This was back in the day when all entries went into a large roller drum and winners were hand picked after a spin or two. At any rate, I won 2nd prize which was a Lone Ranger costume. I wasn’t into boots and was terribly disappointed. The grand prize was a trip to Hollywood and the chance to appear in one of the programs. My dreams of being a movie star were dashed, but I continued to mail in coupons that were associated with contests. “More, sir. I want more.”

Luck is tricky to identify because it can so easily be confused with circumstance and intuition. How do we explain the case of two passengers who failed to board a plane that crashes. One was stuck in traffic, the other had an uneasy feeling – a premonition – about the flight. Are they lucky? The man caught in traffic jam missed the plane. Some call that luck, others call it random chance. I think random chance, good or bad, is luck. I don’t know if premonitions or hunches are components of luck.

Psychologists, even those who are not proponents of luck, point out that some individuals are better able to recognize chance opportunities. They seem to be more intuitive than others and have resilient attitudes. Even more important, is their willingness to take measured risks. Perhaps another proof that we make our own luck – you have to be in it to win it.

One thought on “Lucky?”

Join 115 other subscribers
Follow Ruminations: From The Inside Looking Out on WordPress.com